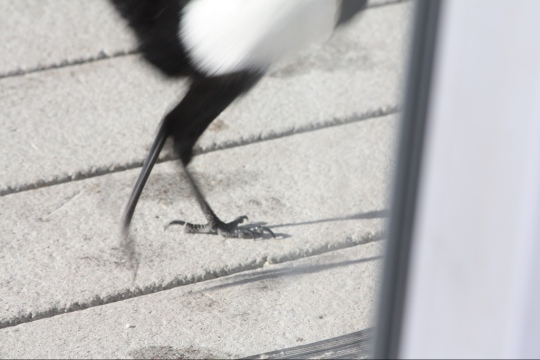 Still in the body

Since most of my time is tied up with activities surrounding my broken foot, here goes another exploration or two of the inside of the body.

I gained some new information about x-rays during my most recent set–what you see isn’t exactly what you’ve got. Although I did have good bone growth, my doctor said we weren’t really seeing my bone growth of THAT day. We were looking at what my fifth metatarsal looked like two weeks prior to the x-rays I had just had in the office that day.

Lately, many things are news to me and this was certainly one. The bone growth basically happens in two stages. Calcification is the second stage of the growth and the x-ray does pick the result of that process. The first stage of growth can’t be captured in x-ray–it can’t be SEEN yet.

I couldn’t help but feel the analogy to writing poems, to the difference between the first flush of the feeling or idea or perception and then what gets written–the language filling in the picture. And the time lag until such growth can be visible.

I don’t know whether it is scary or comforting to so often see the correspondence between life and art. But, then, on any given day I can feel as if I just crawled up out of a murky pond, or I can feel
In myself the fledging’s first successful attempts to land on a phone line.

More x-rays have been my lot. And the revelation of a weird rainbow of bruise-ish colirs when my foot was unwrapped last week. Good thing mummies aren’t in the room for their own unspooling.

Out in my workroom, under the coffee table, I have a stack of old x-rays, most of them taken over the years to track the various bad disks that have been huggermuggering me for a long time.
In the pile are some nice MRIs taken during the same time period. I have carried various combinations of these images around with me to neurosurgeons appointments and pain management specialists. They are the illustrations to a long standing narrative, a storyboard of back pain in its unfolding chapters.

Since the advent of digital imaging, there’s nothing to carry home anymore. The “interiors” travel without the body they represent, zipping on their wireless way without me. I doubt there will be anything of my present set of shots to add to my hoard.

One day when I pulled the x-rays to sort them and have the appropriate ones ready to take wiith me, I was surprised to see among them x-rays of my dog Zabi’s hips and Primo’s chest x-rays, the ones that showed the lung cancer that eventually ended his life. I have tried to write about the discovery of that mix of my body with their bodies in that medium, but I’ve not been totally successful yet.

Maybe it’s time to try again. Re-imagine the “surround” of the circumstances and find the poem that will explain how stunning it was to see all of us in a bonepile together.

South To North and Back Again

Last night while getting out of the van, I “hit and missed” the curb, slamming full-length on the sidewalk, and on the way down, hearing a sharp snap in my foot.  The pain was jarring, as was the idea that I was flat on the ground, my right foot broadcasting wild information, and my vision jumping around a bit.  I thought I was going to faint.

Colleen had gone down the block to drop off some trash in a bin and we were  to meet up at the Chinese restaurant, one of the few places open, it being Queen Victoria’s birthday and a national holiday in Canada.  Colleen was nowhere in sight until I pulled myself up by grabbing onto the van door.  The pain blew up in my face, big gusts of it when I tried to stand on my foot.  And Nikita was trying to get out of the door–why not, it was open?  Suddenly, what I could see of Colleen was rapidly disappearing into the Golden Phoenix.  I got the door closed and rode another wave of shockshockshock.  I wasn’t being able to figure out what to do since I wasn’t sure what had happened.

I was the one who had parked the van and noticed the dinky curb. I was the one who stepped off into familiar space only to get it all wrong.  I knew I had broken something–ankle or some foot bone, I wasn’t sure–but the sharp report as my foot rolled over meant to me that I hadn’t just sprained my ankle.

I wobbled across the street, not moving well because my foot wasn’t exactly in weight-bearing shape.  Then I saw Colleen running toward me and all I could say was “I think I’m going to pass out.”

It was nice of the manager of the restaurant to let me sit on the floor in the foyer while I got my bearings.  Colleen brought ice-water, and while i got a drink, she picked up directions to the hospital.  The manager was nice enough to give me a take-out/delivery menu.

We spent the next 6 hours in the Emergency Room. The table of contents included a boy bitten by a dog, a boy with a high fever;a teen-aged girl who stepped on her hot hair straightener wand; a drunken teen who had also cut her wrist and was accompanied by two police officers; one elderly lady who fell and cut her head; a young woman with a non-stop cough; a man who had tried to kick a soccer ball and, missing it, had knocked himself out on a wheelbarrow handle; and a very cute teen-aged boy who’d cut off the tip of a finger.  Only one doctor was in attendance.

The vastness of the middle of British Columbia is matched only by the emptiness of the territory.  Few of the hamlets along the road had many inhabitants.  Some towns were still putting up a successfull main street, but many businesses were bust or wearing old and weathered For Sale signs.  Recession in the hinterlands.  Luckily, I had taken my tumble in a thriving community of ten thousand folks that had a hospital, a cheery staff, and very inexpensive crutches which they were willing to sell me.

This morning, we went back to the hospital to get a quick check up before the doctor went off-shift.  Then, we turned around and headed south.  No Alaska this time.  My fifth metatarsal was fractured and our trip cut short.

It’s still travel, that’s what I’m telling myself about the long trip back to Los Angeles.  I won’t be driving, of course.  Not now, not for two months minimum.  The mother of the dog-bit boy said to me, “Well, God is just telling you to slow down.”

A divinity who in snapping his fingers to get my attention also breaks my foot is not the guy I’m eager to have advising me.

It would have been interesting to start with something more philosophical, but yesterday Nikita ate a package of Kleenex (what in prefeminist days was called “purse size”) and some of a pair of underpants. That’s about it for deep-travel thoughts. Instead, we were scratching for wi-fi on a Sunday in British Columbia and hunting for an emergency vet. Not to worry–this morning we are all still alive and kicking and assured that some of the offending materials have “left the building.” I will leave it to my fellow traveler to say something meaningful.